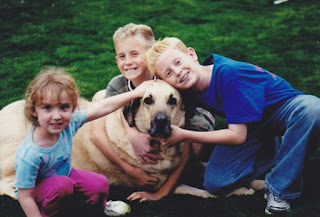 Carleen Conyers, who is the founder and director of NASRN,  lost her personal dog, Ranger, tonight.
Ranger was 10 years old when he crossed the Rainbow Bridge tonight.

Losing a companion is never easy, especially when you are as bonded as Carleen and Ranger are. Also, Ranger was the primary reason why Carleen started NASRN years ago.

After getting Ranger, Carleen was not able to get the support she needed as a new Anatolian owner. In her search for help she realized there were many others just like her, needing help with day to day issues when there was little or no support available.
So Ranger essentially was instrumental in helping to save hundreds of other Anatolians over the years. Because of both his and Carleen's tenacity, they each had met their match and a bond was formed that would last his lifetime.

Carleen has kept NASRN going despite all kinds of forces working against saving an Anatolian. She has sacrificed and forged ahead where most would have given up and decided it just wasn't worth it anymore. In memory of Ranger and because summers are the absolute worst time of the year for adoptions and money coming into rescue, in honor of Ranger and Carleen's hard work and effort over the past many years, a Memorial Fund in Ranger's honor has been set up.

This would relieve a huge burden for Carleen at this time, having the needed funds to get NASRN through the summer while recognizing all of her hard work and efforts to help the hundreds of Anatolians who have come through the program.
There is an anonymous donor who will match 100% of all donations up to $1500.
If we can get just $1500 of donations, that amount will be matched 100% and create a fund of $3000.
That may sound like allot of money but remember, most rescue dogs cost over $500 in vetting alone and the adoption fee is half this.
This means for every adoption, you are in the hole, so without donations, NASRN is unable to survive. Any amount will get us going in the right direction, so please don't think, I can only give $10-20, so it’s not worth it. If enough people give, we can reach our goal.
This will let Carleen know how much we all appreciate everything she does for NASRN.