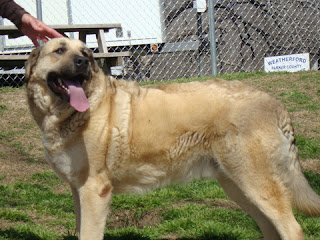 "Tanner"
URGENT FOSTER OR ADOPTION NEEDED
DFW TEXAS
TANNER AND SIENNA
Tanner and Sienna are a male and female Anatolian x Pyrenees crosses,
approximately two years old.
They were adopted from the shelter as puppies but when their
owner's fence blew down he decided he would rather get rid of them
than put the fence back up.  The shelter even offered to put it back up for him
but he said he no longer wanted the duo.
Tanner and Sienna are both very sweet and friendly and they are extremely bonded to each other.
They both seem to be good with other dogs and are good with people too.
They are spayed and neutered and appear to be in good shape.
We will always do our best to help with transport
within appx 1000 miles.
For more information please email Janna
janna@nasrn.com
"Sienna" 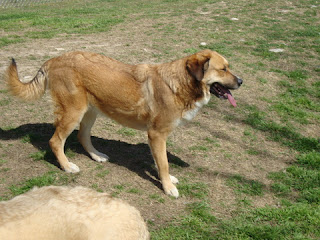 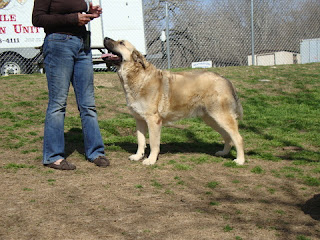 Posted by AnatolianRescueLady at 3:50 PM No comments: 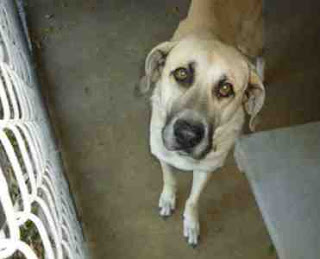 "TRAPPER"
DFW TEXAS
DESPERATELY SEEKING FOSTER OR ADOPTION
Trapper has been sitting in a boarding kennel since October 2011.
He is very sad, lonely and depressed.
Trapper is such a sweet boy and he truly deserves to be
in a home setting where he can run around and stretch his legs
and have some companionship and a job to do.
Trapper is friendly with people but isnt fond of other dogs.
He would make an awesome family companion, guardian and loyal friend.
Please take a minute to look at Trapper's adoption listing
and see if you or someone you know might be able to foster him
or might possibly be interested in adopting.
SEE TRAPPER'S ADOPTION LISTING HERE
For more information please email Janna
janna@nasrn.com 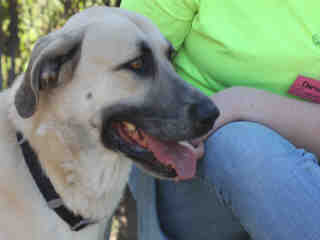 Posted by AnatolianRescueLady at 7:41 AM No comments: 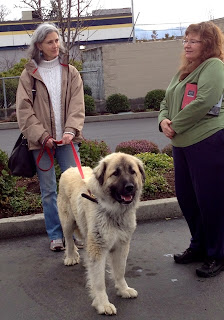 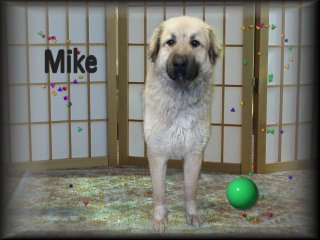 Mike in the shelter
"Mike" was turned into a shelter when he wasnt working out as a working dog.
He sat in the shelter for more than two months before his perfect home was found.
A little over a week ago the shelter dog named Mike turned into the new family dog named Stoic.
He is pictured above, where he was handed over to his new mom on the transport.
Stoic traveled about 800 miles from the shelter in Montana to his new home in British Columbia.
It was no small feat getting him there since he had to cross more than one snowy mountain pass
in questionable weather conditions.
Luckily for him, though, he had the good fortune to be in the very capable hands of
veteran transport drivers that were well acquainted with these roads and he made it safe and sound to his new family.
A special thanks to everyone involved in making this happen.
Hether, for being a dedicated Adoption Coordinator and working so hard to match him up with his new family
Wendy, for being patient and waiting for the right dog to find you
Juliana, for never saying no, regardless of how tough the transport may be
Susie at the shelter for holding on to Mike till his perfect home came about
and to all of the wonderful transport drivers that helped Mike become "Stoic"  and make it safely home
Diane
Mandy
Dan and Sandi
Jennifer
Suzanne
Connie
Jenny
Lynne

Here he gets a farewell hug from Lynne, one of his wonderful transport drivers. 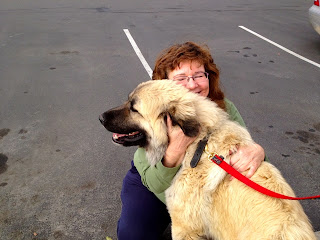 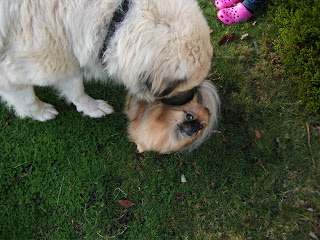 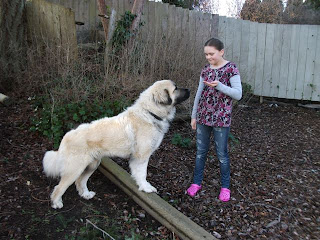 Stoic is a gentleman 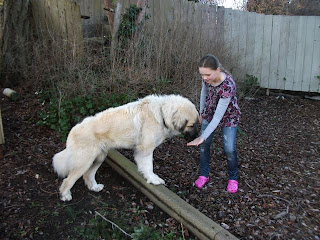 Stoic's introduction to the Pacific Ocean 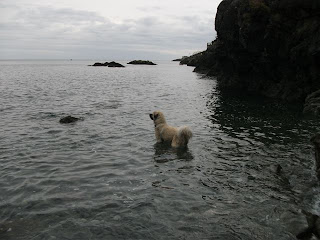 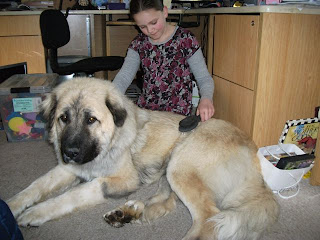 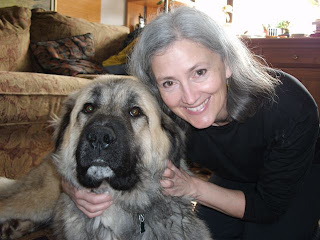 Posted by AnatolianRescueLady at 3:14 PM No comments: 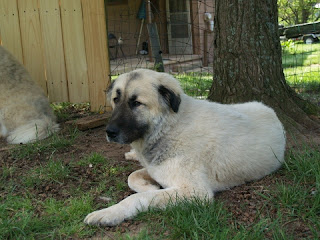 "JUNE BUG"
CHARLOTTE NORTH CAROLINA
"ADOPTED"
June Bug is a 3 yo spayed female Anatolian Shepherd Dog x Great Pyrenees.
Her owners originally gave her up because their son was allergic.
Over the past year she has changed homes 3 times and is once again
looking for another home.
June Bug is wonderful with children and friendly with people.
She is good with other dogs and loves to run and play.
Her current owner has a 4 ft fence that is not tall enough to keep June Bug home.
June Bug needs a home that has a fence that is at least 5 ft high.
Her owner is desperate for us to find a foster or adoption for her bc
she is afraid June Bug will jump the fence and be hit by a car.
Her fence jumping started when the owners got divorced as she was
very bonded to the husband but he is no longer in the home.
For more info please email Carleen
nasrn@nasrn.com 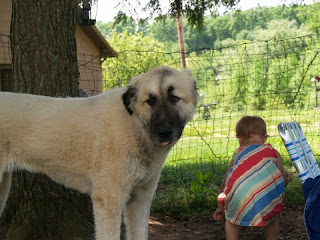 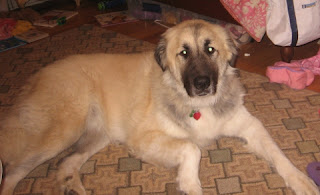 Posted by AnatolianRescueLady at 8:29 AM No comments: 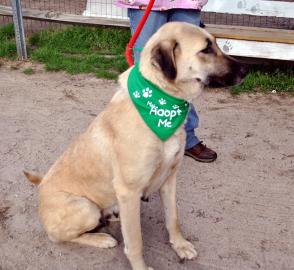 "SARA"
ADOPTED
Sara is appx 3-4 year old female Anatolian Shepherd Dog.
She is friendly with people and is good with other dogs.
She is in urgent need of a foster or adoptive home
ASAP
For more info please email
Carey or Lisa ingram@nasrn.com
Posted by AnatolianRescueLady at 6:38 AM No comments: