It's been a whole year since Thunder came to us in search of a loving home.

He was turned into a shelter by someone that said he had been dumped on their property.
This is the video the shelter took of him when he first arrived:

You can see that Thunder has some "wonky" back legs.  His foster mom, Shelley Smith,with  Dogs Only, Inc. in Little Rock, Arkansas, affectionately calls him "Willy Wonka" because of this distinctive feature.

When he first arrived in Little Rock, Shelley promptly took him to the vet to have his legs looked at.  The vet said it was either a birth deformity or it was from extreme crate confinement and/or poor nutrition.   Either way, the vet said he did not seem to be in any pain and he actually gets around as well as any other dog.  Seems that his odd looking frame bothered people much more than it bothered Thunder. 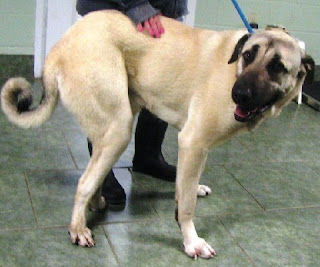 He runs and plays with all the gusto of any other adolescent Anatolian and enjoys each and every minute of the day.

After waiting a whole year, he finally went home with his very own family this week. 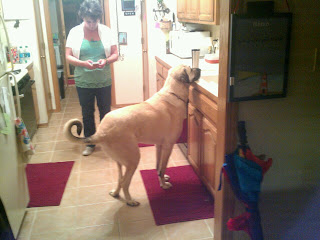 As you can see, he is quickly making himself at home and enjoys exploring the kitchen to see what good stuff might be on the counter tops. 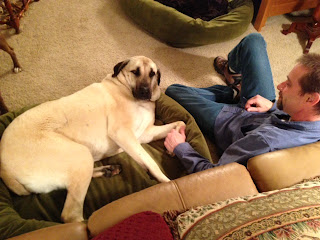 Thunder and his new dad are getting to know one another. 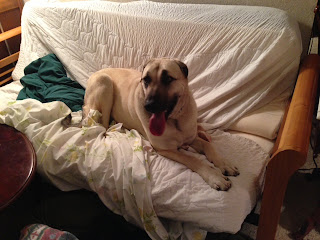 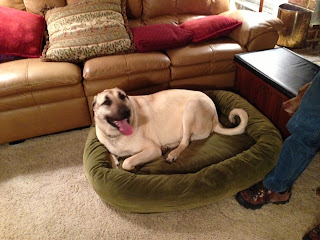 Looks like he has made himself quite comfortable and is enjoying the good life.  As he well should!

Thunder has grown into a very handsome boy over the past year thanks to all the TLC he received from Shelley.

We are all very excited that Thunder finally has his very own family.  It was well worth the wait, looks like he hit the jackpot!

Posted by AnatolianRescueLady at 2:59 PM No comments: 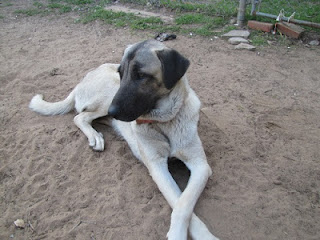 Scout is an 8 month old pure bred female Anatolian Shepherd Dog.  When her owner left the state for school, her family decided they didn't want to keep her so they dumped her at a kill shelter.

Scout is housebroken, knows basic commands and is a very sweet girl.
She loves to romp and play so it would be good for her to have a playmate.  Her perfect playmate would be a medium to large sized male dog.

PLEASE NOTE: We will always do our best to help with transport within 1,000 miles.
Transport is also available from TX, AR, GA and TN to the Northeastern states via professional transport company. 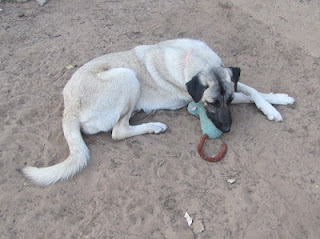 Posted by AnatolianRescueLady at 6:54 PM No comments: