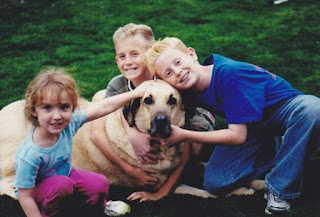 Ranger and his kids

NASRN was started by Carleen back in 2000.  The group happened rather accidentally but the dog that started all of it was Carleen's dog, Ranger.  Sadly, Ranger passed away in 2007 and, since then, NASRN has had a fundraiser each year in his memory to raise enough funds to help them continue to rescue dogs for another year.

NASRN is the only breed specific Anatolian Shepherd rescue group in the United States.  They are funded 100% by donations and are not supported by any state or federal funding,  nor are they sanctioned by any groups, clubs or other organizations.

Each year, in memory of Ranger, who inspired the creation of NASRN, a fundraiser is held for two weeks.  Funds raised over the course of these two weeks will be the lifeblood of NASRN for the next 12 months.

Without these funds, NASRN would cease to exist. Adoption fees do not replenish the money that NASRN spends on each dog.  On average, it will cost over $500 to vet a dog and have it ready for adoption.  If  the dog has to be boarded, the expense sky-rockets .  Many dogs in Dallas are in boarding for more than 3 months. NASRN's adoption fees average $250 so they take a loss on almost every dog.

Thank you for being a part of  NASRN's rescue efforts to help save Anatolian Shepherd Dogs in need and to also promote responsible ownership and positive reinforcement training through their Owner Support Network.
Posted by AnatolianRescueLady at 3:09 PM